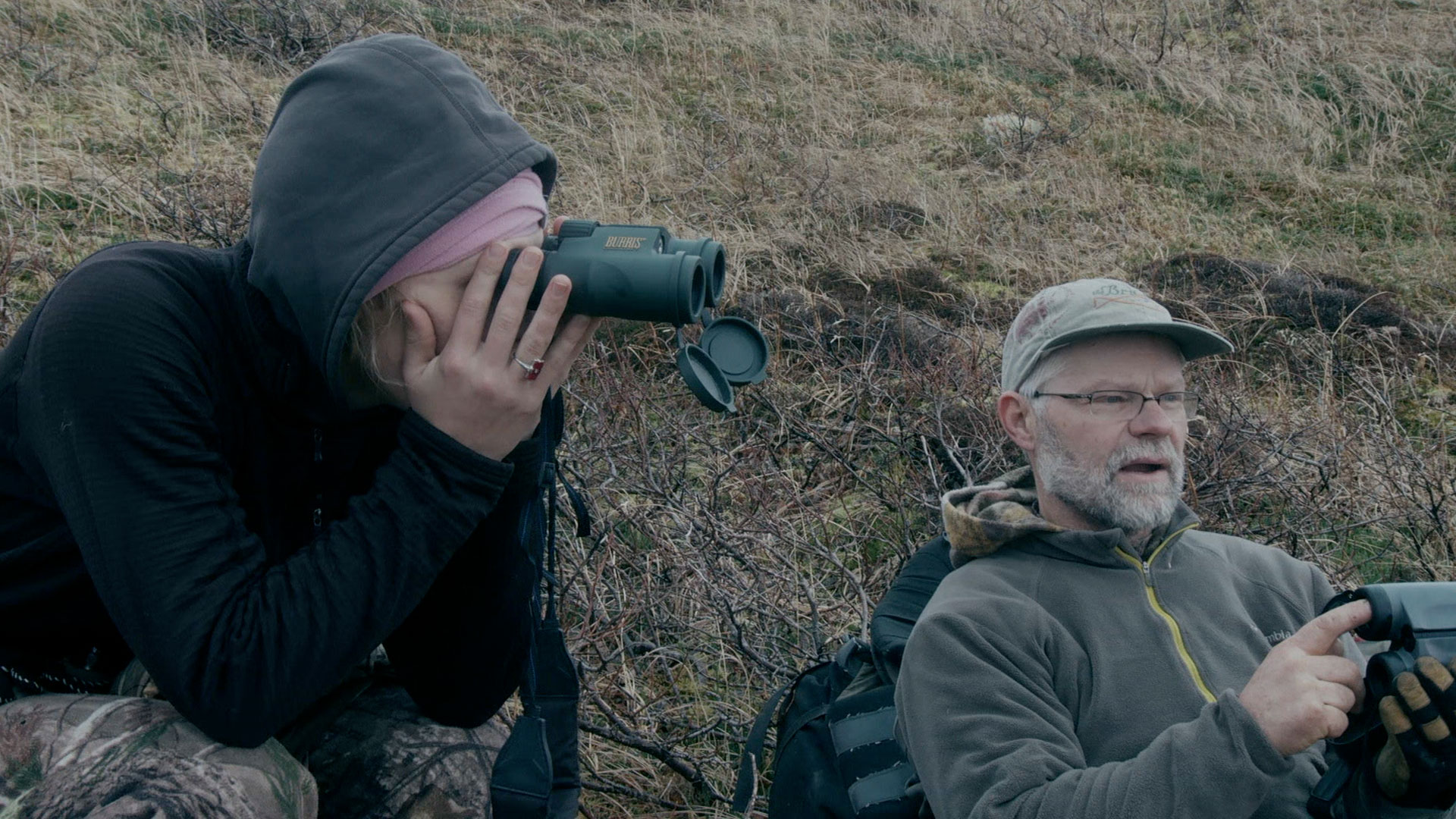 Guide Frank Sanders leads two of his closest friends on a hunt in honor of his best friend who recently died in an ATV accident. Armed with just bows and arrows the men battle the harsh Kodiak weather and find themselves in a standoff with a massive bear. Hillarie Putnam finds herself facing Kodiak alone. During her first night solo a bear circles her threatening her life. As time runs out on Sam and Dave’s hunt, they decide to pursue a large bear in an area where there may be another hunter. Any direction they move could put them in the line of fire.