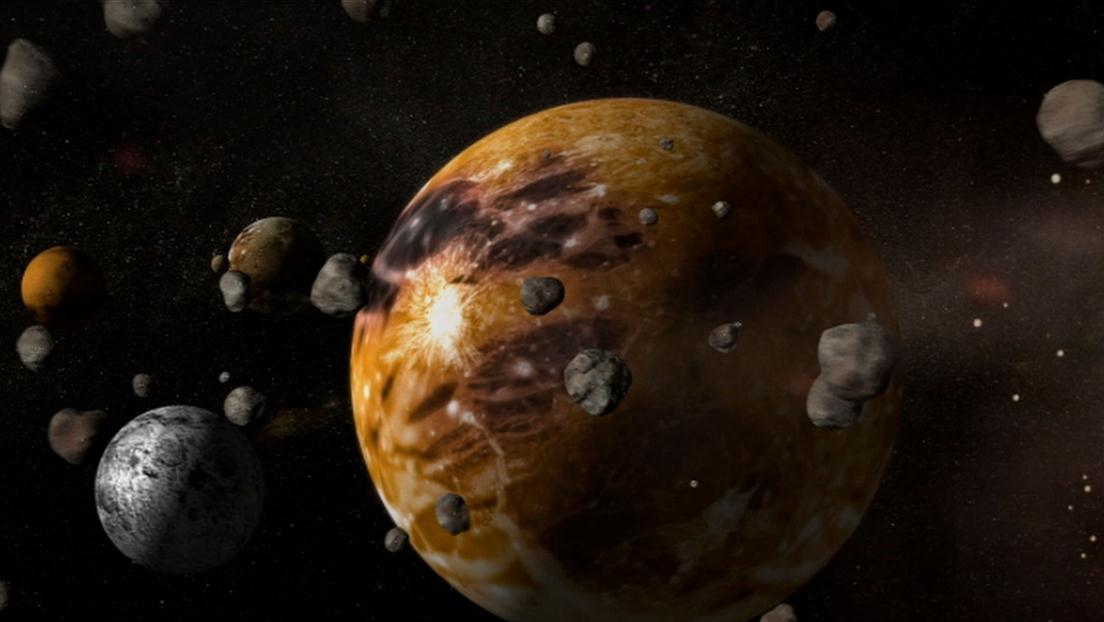 New discoveries regarding the Outer Planets are creating a fundamental rethinking of our solar system. Uranus is a toxic combination of hydrogen, helium and methane. Scientists speculate that the planet was knocked on its side after colliding with another body. Neptune’s largest moon, Triton, is cold and barren, but some scientists speculate that liquid water might exist under Triton’s icy surface. If this is proven true, Triton could be the home to one of the biggest discoveries of all time. Cold and inhospitable, Pluto completes one orbit around the solar system every 248 years. Cutting-edge computer graphics are used to bring the universe down to earth to show what life would be like on other planets, and to imagine what kind of life forms might evolve in alien atmospheres.