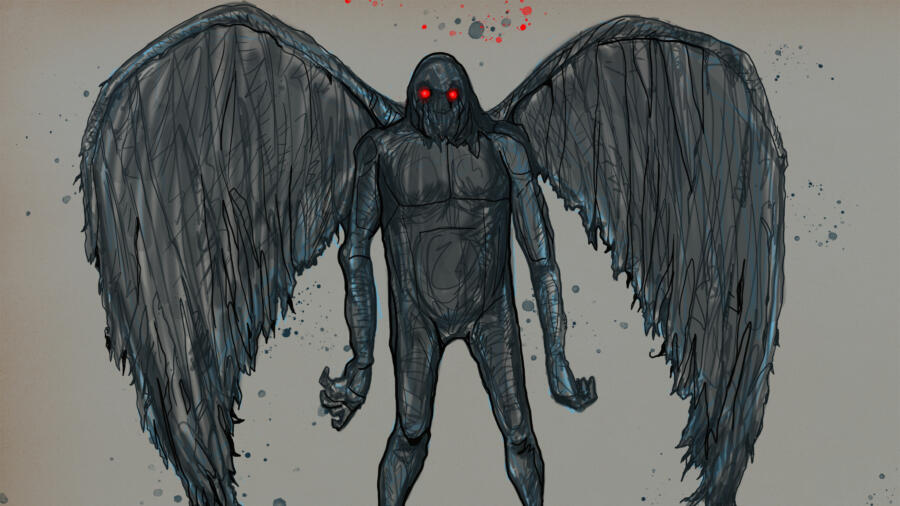 There are reports and cases all around the world of strange creatures or cryptids. One such creature is the Mothman, a huge humanoid type figure with bat-like wings and fiery red eyes. Legends portray the monster as a sort of grim reaper that surfaces when bad luck or disasters are imminent. (Credit: Prometheus Entertainment) 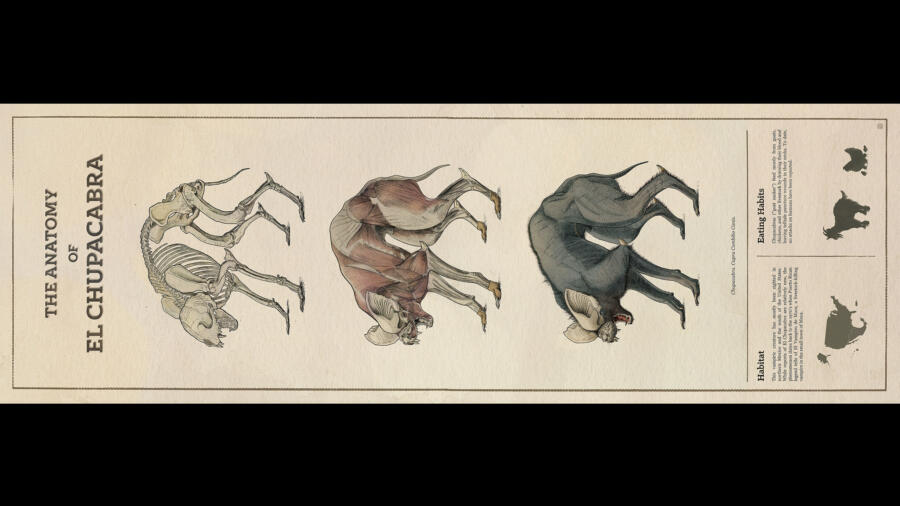 The continental North American Chupacabra is a four-legged animal about the size of a dog. It is completely hairless, with a bluish gray, elephant hide-type of covering. They also display a number of abnormal characteristics; oftentimes their limbs are disproportionate lengths. Could this mythical creature actually exist? Or is this monster better left unexplained? (Credit: Carlos Angeli) 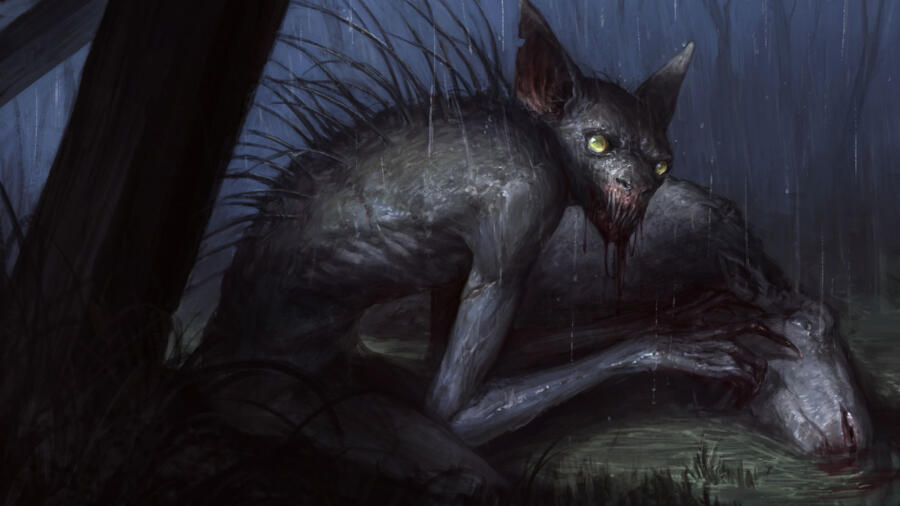 The word Chupacabra literally means goat sucker, causing cryptozoologists to wonder if this is some kind of strange hybrid-like dog. They theorize that it might, perhaps, even a cross between a canine and vampire bat. But is this legendary creature a figment of the imagination? Or could it be a living, breathing animal? (Credit: Felipe Escobar) 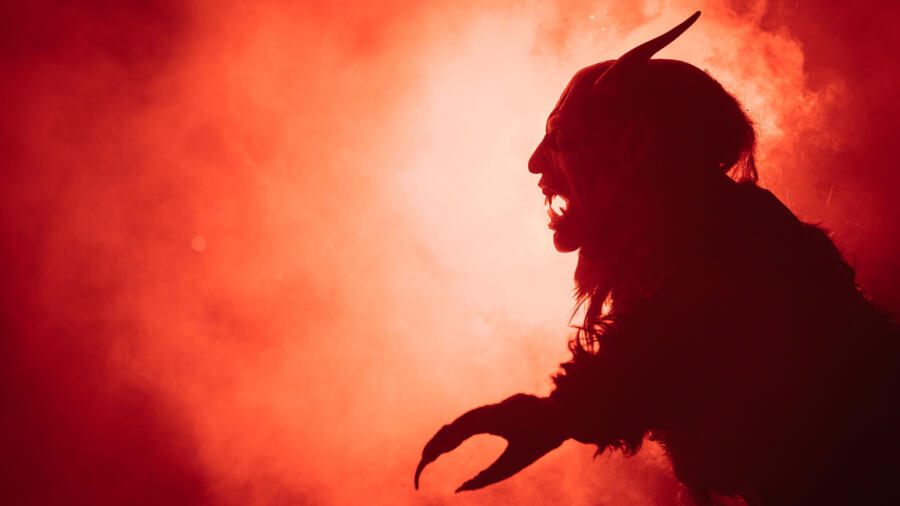 The legend of the Goat Man began in Maryland in 1971. This mysterious cryptid has the appearance of an upright human, but with a goat-like head, glowing red eyes and huge horns. The Goat Man’s frightening look has led many to believe him to be the devil himself. (Credit: Getty Images) 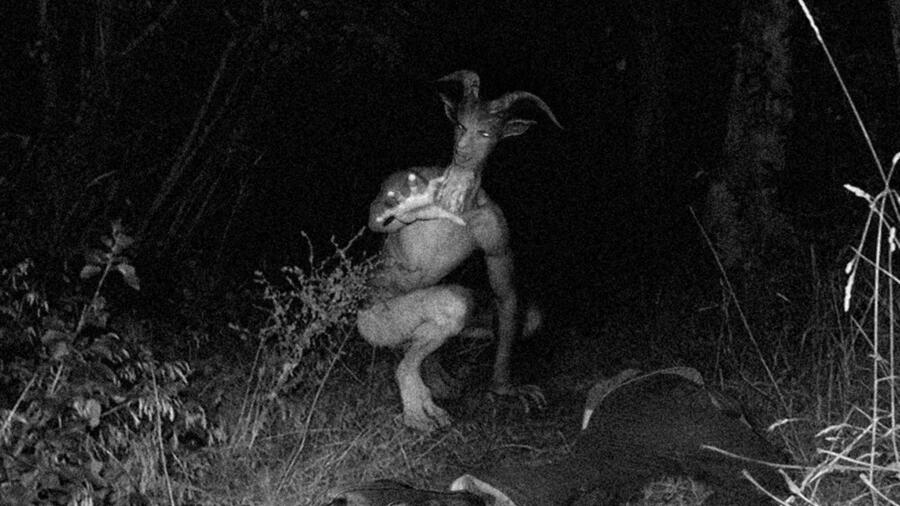 According to legend, the Goat Man hunts in the darkness. A monster seemingly drawn from a nightmare, it walks on two legs like a human but has the head of a beast. It is a creature so horrifying, that it is rarely spoken about above a whisper. (Credit: Lew Lashmit) 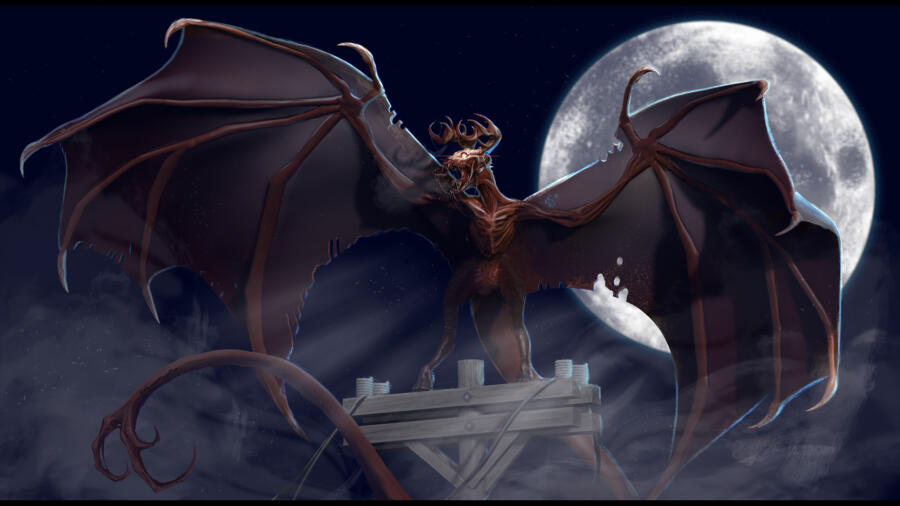 All over the world, legions of cryptozoologists insist that somewhere out there are hundreds of weird, bizarre, nightmarish creatures that hide in the shadows and terrorize small towns. They are creatures like the Jersey Devil, which has terrorized the Pine Barrens of southern New Jersey for centuries. (Credit: Evan Tortorelli) 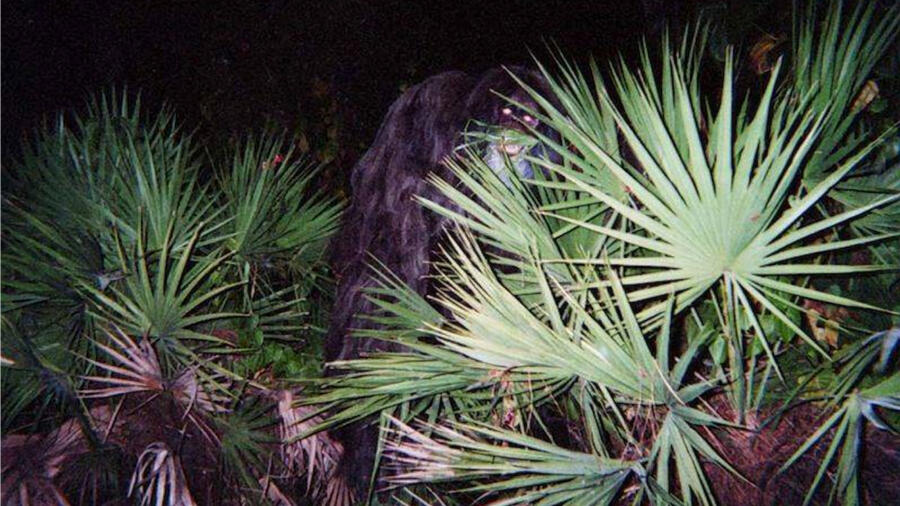 Native to Florida, the Skunk Ape is a cryptid creature that defies what we know about flesh and blood animals. Usually preceded by a foul stench, this horrifying creature has been terrorizing the American south for decades. (Credit: Loren Coleman) 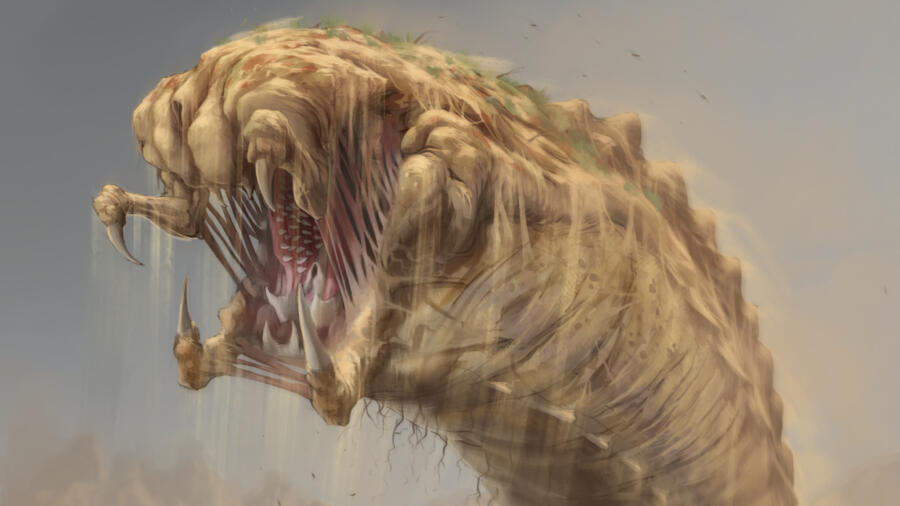 The Mongolian Death Worm is a hideous looking creature. Rumored to be between one and two feet long and native to the Gobi Desert, stories of its existence have been passed down for generations. The tiniest bit of venom from this mysterious cryptid is said to cause instant death, leaving the local residents fearful that they won’t even see this terrifying creature coming. (Credit: Xavier Minguell Solanes) 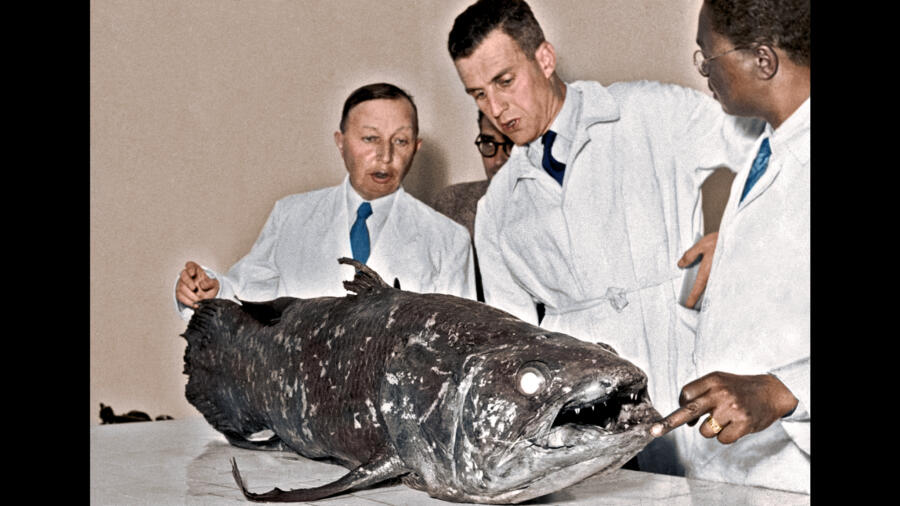 In South Africa, in 1938, a group of fishermen returning home noticed something much larger than normal in their daily catch. It measured five feet long, weighed 200 pounds and was covered with strange, silver markings. After careful examination, the creature was finally identified as a Coelacanth, a large salt water fish that was thought to be extinct for the past 65 million years. This living fossil was supposed to have died out with the mass extinction of the dinosaurs, which makes this a fascinating discovery. (Getty Images) 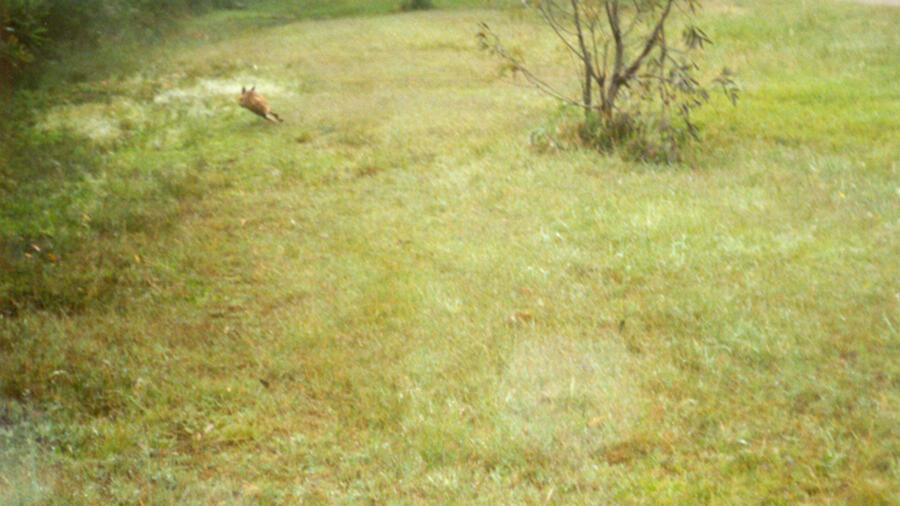 One of the most compelling cryptids ever investigated is the Tasmanian Tiger, or the Thylacine. They were considered legendary or mythological, until living specimens were discovered and documented by scientists, but the last verified specimen died in 1936. However, since its presumed extinction, there have been thousands of reported sightings of Tasmanian tigers on both the island of Tasmania and mainland Australia. (Murray McAllister) 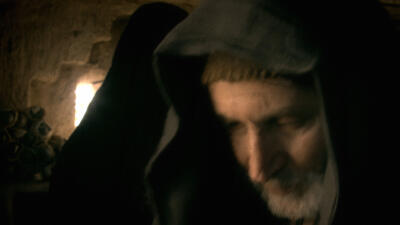 S 2 E 7 Mysteries of the Bible 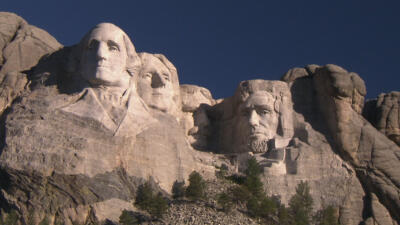 S 2 E 10 The Search for Atlantis
See All
By submitting your information, you agree to receive emails from HISTORY and A+E Networks. You can opt out at any time. You must be 16 years or older and a resident of the United States. More details:

The Curse of Oak Island 22 Episodes

The Proof Is Out There 15 Episodes