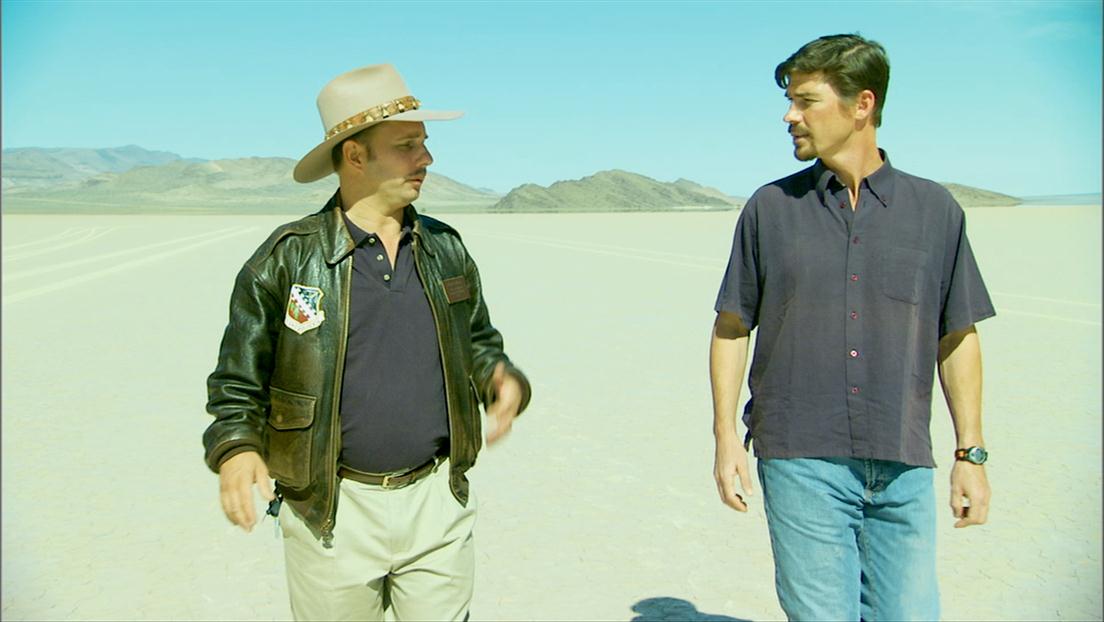 On October 26, 1994, the U.S. government made their first official acknowledgement of Area 51. Six months later, nearly 4,000 acres of previously public land surrounding the base were closed. Now, over a decade later, satellite photos reveal new buildings, towers and runways finishing construction. Secret flights with blacked-out windows bring passengers from Las Vegas. And security surrounding the perimeter of the base is tighter than ever. The team heads to the epicenter of UFO and military conspiracy theories to visit new vantage points, speak with former base employees, and search the skies above America’s most top-secret facility.