The Knights of the Temple were founded in Jerusalem at some point between January 14 and September 13, 1120—two decades after the Christian armies of the First Crusade seized the city from Muslim rule.

Barely anyone noticed. The Templars did not arrive on a wave of popular demand, nor was their creation the product of farsighted planning. No surviving chronicles of the immediate time, either Christian or Muslim, paid any attention to the first stirrings of the order. It was only several generations later that the story of the Templars’ earliest origins was written down, by which time it was colored by what the order had become.

“At the beginning of the reign of King Baldwin II,” wrote a late 12th-century churchman called Michael the Syrian, “a Frenchman came from Rome to Jerusalem to pray.” This Frenchman’s name was Hugh of Payns. He was born some time before the year 1070, probably in the village of Payns, near the town of Troyes, some 90 miles southeast of Paris in the county of Champagne. By January 1120 Hugh had been in the Holy Land for around 20 months. He planned first to serve in the royal army, and then to retire from life on the front line to become a monk.

The taking of Jerusalem during the First Crusade, 1099. Painting by Emile Signol. Credit: Leemage/Corbis via Getty Images

He was not alone. There were other men of the knightly sort in Jerusalem, and they began to cluster together at the most obvious spot for tourists and newcomers of all backgrounds and nationalities to meet: the Church of the Holy Sepulchre.

Indeed, they did more than cluster. Between nine and 30 men formed a sort of loose brotherhood, or confraternity, of the sort that had cropped up in the West during the previous century for the purpose of defending churches and shrines from bandits. They were not, strictly speaking, clergymen. Rather, they were able-bodied warrior-pilgrims who could fight and who had made a significant decision to live a quasi-monastic life of penitence, poverty, obedience and duty beyond the normal vows of a crusader.

Templars were to be humble and godly: They were forbidden to swear, get drunk or overeat. Every Thursday before Easter, each Templar had to wash a pauper’s feet before giving them new shoes and a loaf of bread. (A Templar official would check the pauper’s feet for diseases before they began.)

In early 1120 the King of Jerusalem decided that, instead of being attached to the Holy Sepulchre, this pious band of knights should be given independence, some means of feeding and clothing themselves, access to priests who could lead prayers for them at the appropriate hours of the day and a place to live in one of the prominent areas of Jerusalem. They would be responsible, in the words of a charter produced in 1137, for “the defense of Jerusalem and the protection of pilgrims.”

The king granted them a home in the former al-Aqsa Mosque, which was regarded as the most important and most beautiful mosque outside Arabia, more magnificent even than the Great Mosque of Damascus. When a Persian traveler visited al-Aqsa in its heyday, he described seeing “two hundred and eighty marble columns, supporting arches that are fashioned of stone, and both the shafts and the capitals of the columns are sculptured...the mosque is everywhere flagged with colored marble, with the joints riveted in lead...Above rises a mighty dome that is ornamented with enamel work.”

The Christians identified al-Aqsa with the Temple once built by the Biblical king Solomon and under crusader rule the mosque had been repurposed as a palace for the king of Jerusalem. Now the Templars shared it. The 12th-century archbishop and chronicler William of Tyre explained that “because…they live next to the Temple of the Lord in the king’s palace they are called the brothers of the Knighthood of the Temple.”

But if the initial intention of this little band was to form a permanent bodyguard for Western pilgrims following in Christ’s footsteps on the dangerous roads of the Holy Land, they soon broadened their brief. Having received royal approval from the Christian king of Jerusalem, and subsequently papal blessing from Rome, the Templars quickly institutionalized and expanded.

They sent emissaries to Europe to round up men and financial support and sought out famous patrons. Their early spiritual guide was Bernard of Clairvaux, an abbot from France who helped write the Rule that governed how they should live, pray and fight. Early supporters included the leading crusaders of the day.

The result? Within a couple of decades, the Templars were no longer a small troupe of penniless warriors in search of a cause; they were an ambitious organization with a clear purpose and the means to achieve it. They were about to transform themselves from a roadside rescue team into an elite military unit that would be at the forefront of the crusader wars for more than 150 years, fighting enemies from sultans like Saladin and Baybars in the east, while in the west they took aim at the forces of Islam in southern Spain and Portugal. 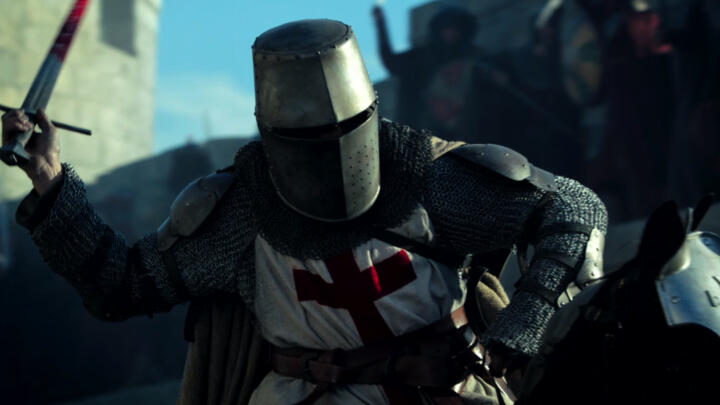 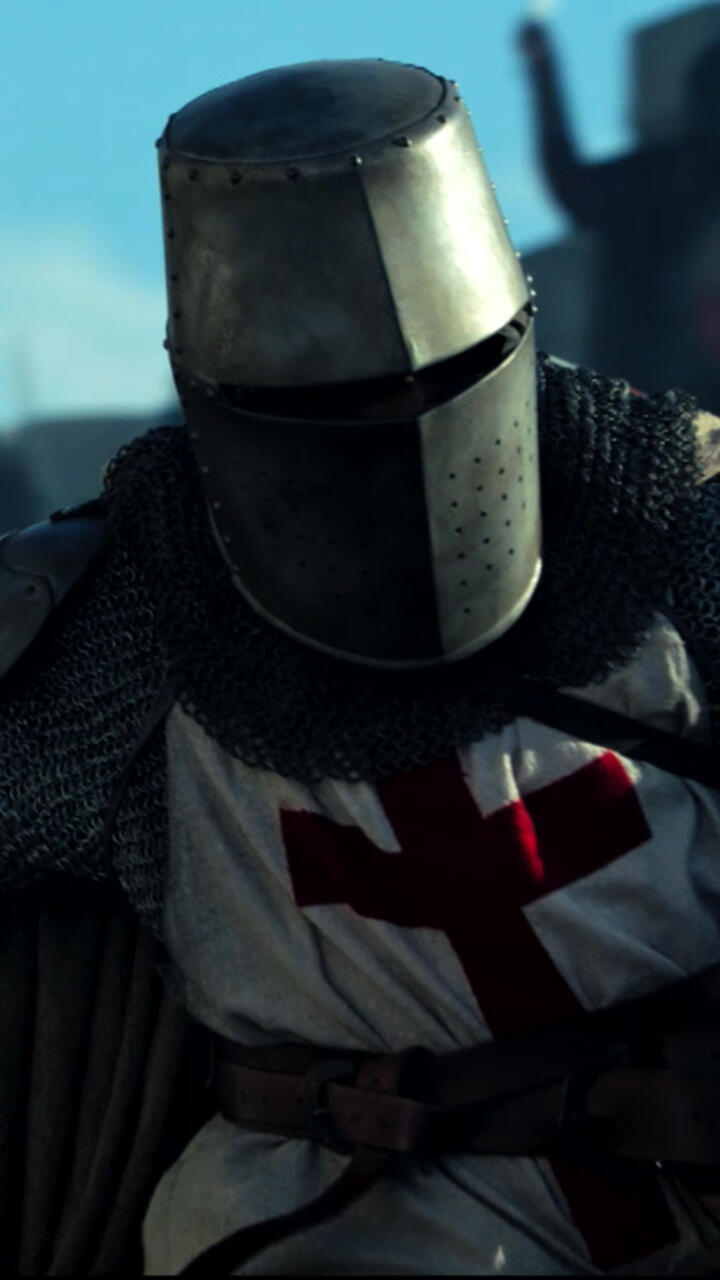 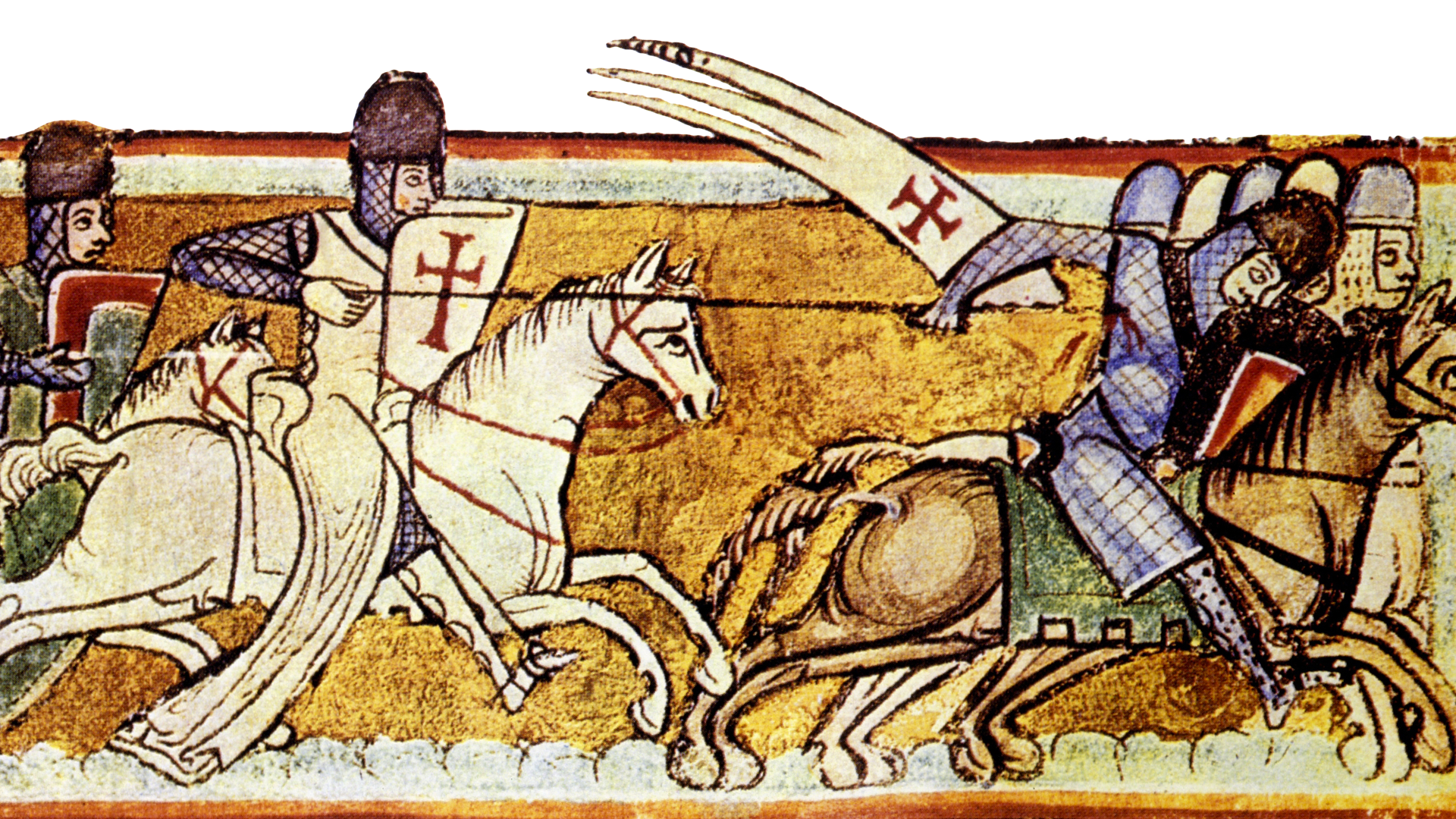 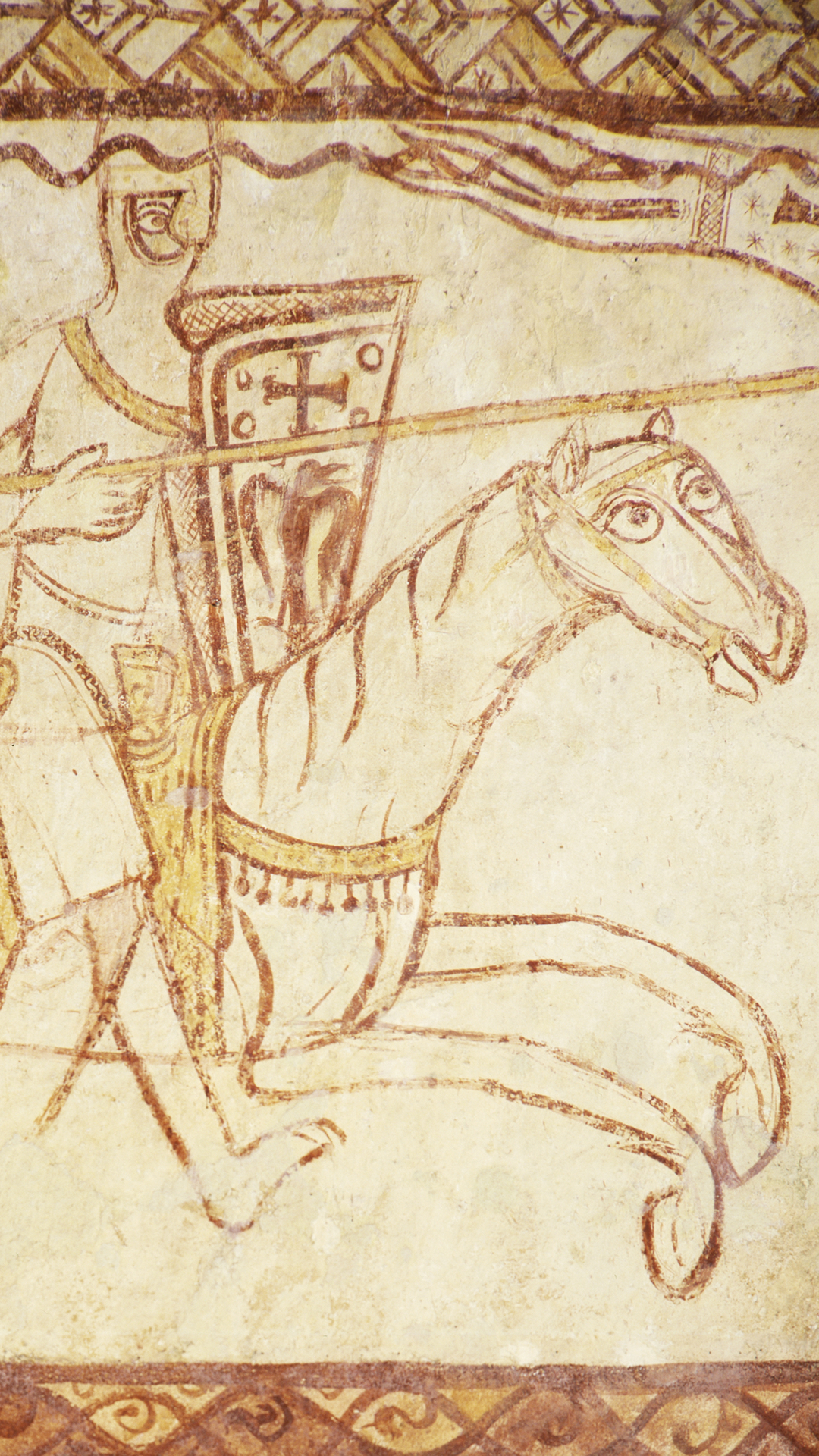 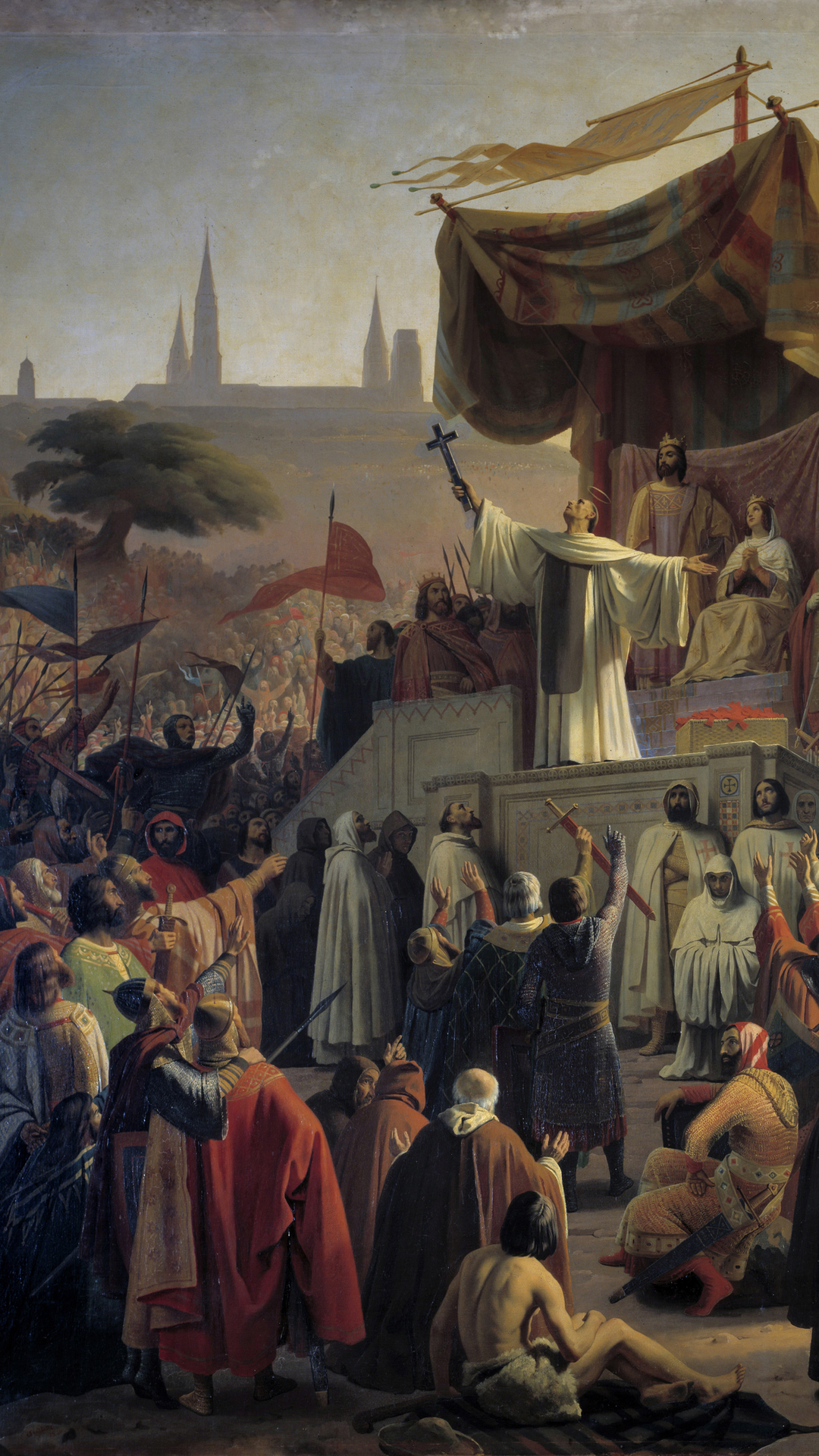 Watch Video & Read
By submitting your information, you agree to receive emails from HISTORY and A+E Networks. You can opt out at any time. More details:
Follow #Knightfall