The Templars were holy soldiers: men of religion and men of the sword, pilgrims and warriors, paupers and bankers. Their uniforms, emblazoned with a red cross, symbolized the blood Christ had shed for mankind and that they themselves were prepared to spill in the Lord’s service. Although the Templars were only one among a host of religious orders that sprang up in medieval Europe and the Holy Land between the 11th and 14th centuries, they were by far the best known—and the most controversial.

Their order was a product of the Crusades, the wars instigated by the medieval Church, which took aim primarily (although not exclusively) at the Islamic rulers of Palestine, Syria, Asia Minor, Egypt, northwest Africa and southern Spain.

As such, Templars could be found across a vast swath of the Mediterranean world and beyond: on the battlefields of the Near East and in towns and villages throughout Europe, where they managed extensive estates that funded their military adventures. The word “Templars”—shorthand for “the Poor Knighthood of the Temple” or, less frequently, “the Poor Fellow-Soldiers of Christ and the Temple of Jerusalem”—advertised their origins on the Temple Mount in Christianity’s holiest city. But their presence was felt almost everywhere. Even in their own lifetimes the Templars were semi-legendary figures, featuring in popular stories, artworks, ballads and histories. They were part of the mental landscape of the crusades—a position they still occupy today.

The Templars were founded in 1119 on the principles of chastity, obedience and poverty—the last of which was memorialized in the master’s special seal, showing two armed brothers sharing a single horse. A 68-point code of Templar conduct, called “The Rule,” outlined strict rules of behavior—a lifestyle that emphasized simplicity and equality among brothers. Fashionwise, many marks of conventional knighthood were explicitly banned. Templars were to wear habits of all white, a symbol of purity and complete chastity. No rich fabrics or ornate accessories. No fur. No gold or silver on a horse’s bridle, spurs or stirrups. On the topic of trendy footwear, which in the early-12th century could be quite flamboyant, the Rule states: “We prohibit pointed shoes and shoe laces and forbid any brother to wear them...for it is well known that these abominable things belong to pagans.” And if fashion rules were broken? According to the Rule, “If any brother out of a feeling of pride or arrogance wishes to have as his due a better and finer habit, let him be given the worst.”

Chastity was so strictly enforced that Templars were even prohibited from kissing their mothers, sisters and aunts. Templar Rule stated: ‘The Knighthood of Christ should avoid at all costs the embraces of women, by which men have perished many times.’

Despite the emphasis on poverty, the order soon grew rich and influential. Senior Templar officials in the Holy Land and the West counted among their friends (and enemies) kings and princes, queens and countesses, patriarchs and popes. The order helped finance wars, loaned money to pay kings’ ransoms, subcontracted the financial management of royal governments, collected taxes, built castles, ran cities, raised armies, interfered in trade disputes, engaged in private wars against other military orders, carried out political assassinations and even helped make men kings. From meager beginnings they became as mighty an outfit as existed during the later Middle Ages.

Of course, there were dissenters. To some observers the order was dangerously unaccountable and a corruption of the supposedly peaceful principles of Christianity. At times the Templars were the subject of fierce attacks, particularly from scholars and monks suspicious of their privileged status. Bernard of Clairvaux—a sort of godfather to the order—hailed the Templars as “a new knighthood,” but a century later another learned French monk dismissed them as “a new monstrosity.”

Templars were also concerned about the brothers’ chastity with one another. When knights traveled on Templar business, Templar Rule stated, ‘If possible the house where they sleep and take lodging should be not without light at night, so that shadowy enemies may not lead them into wickedness, which God forbids them.'

Nevertheless, the sudden dissolution of the order in the early 14th century—which involved mass arrests, persecution, torture, show trials, group burnings and the seizure of all the Templars’ assets—shocked the whole of Christendom. Within a few years the order was shut down, wound up and dissolved, its members accused of a list of crimes designed specifically to cause outrage and disgust. The end came so suddenly and so violently that it only added to the Templar legend. Today, more than 700 years after their demise, the Templars remain the object of fascination, imitation and obsession.

So who were the Templars? It is sometimes hard to tell. Featured in numerous works of fiction, television shows and films, the Templars have been presented variously as heroes, martyrs, thugs, bullies, victims, criminals, perverts, heretics, depraved subversives, guardians of the Holy Grail, protectors of Christ’s secret bloodline and time-traveling agents of global conspiracy.

In fact, their real deeds were even more extraordinary than the romances, half-truths and voodoo histories that have swirled around them since they fell. Theirs is a tale of a seemingly endless war in Palestine, Syria and Egypt, where factions of Sunni and Shi’a Muslims clashed with militant Christian invaders from the West. Their story chronicles a “globalized,” tax-exempt organization that grew so rich that it became more powerful than some governments. It tells of the relationship between international finance and geopolitics, and of the power of propaganda and mythmaking. And it pulls back the curtain on centuries of violence, treachery, betrayal and greed.

To understand it all, we have to start in Jerusalem, in the aftermath of the First Crusade… 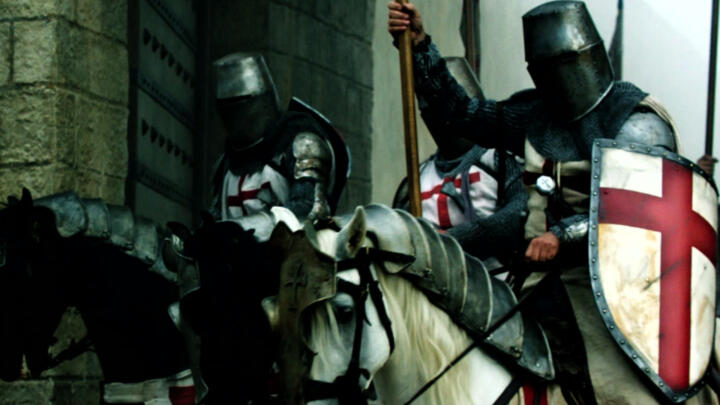 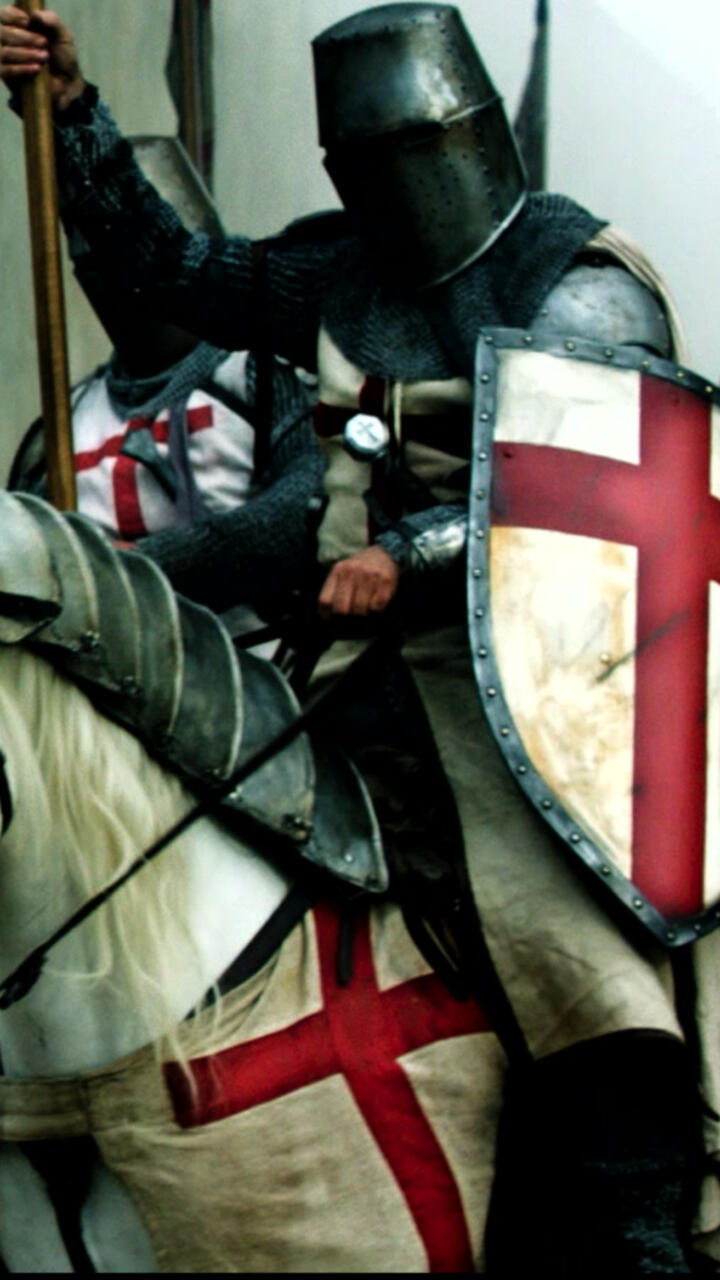 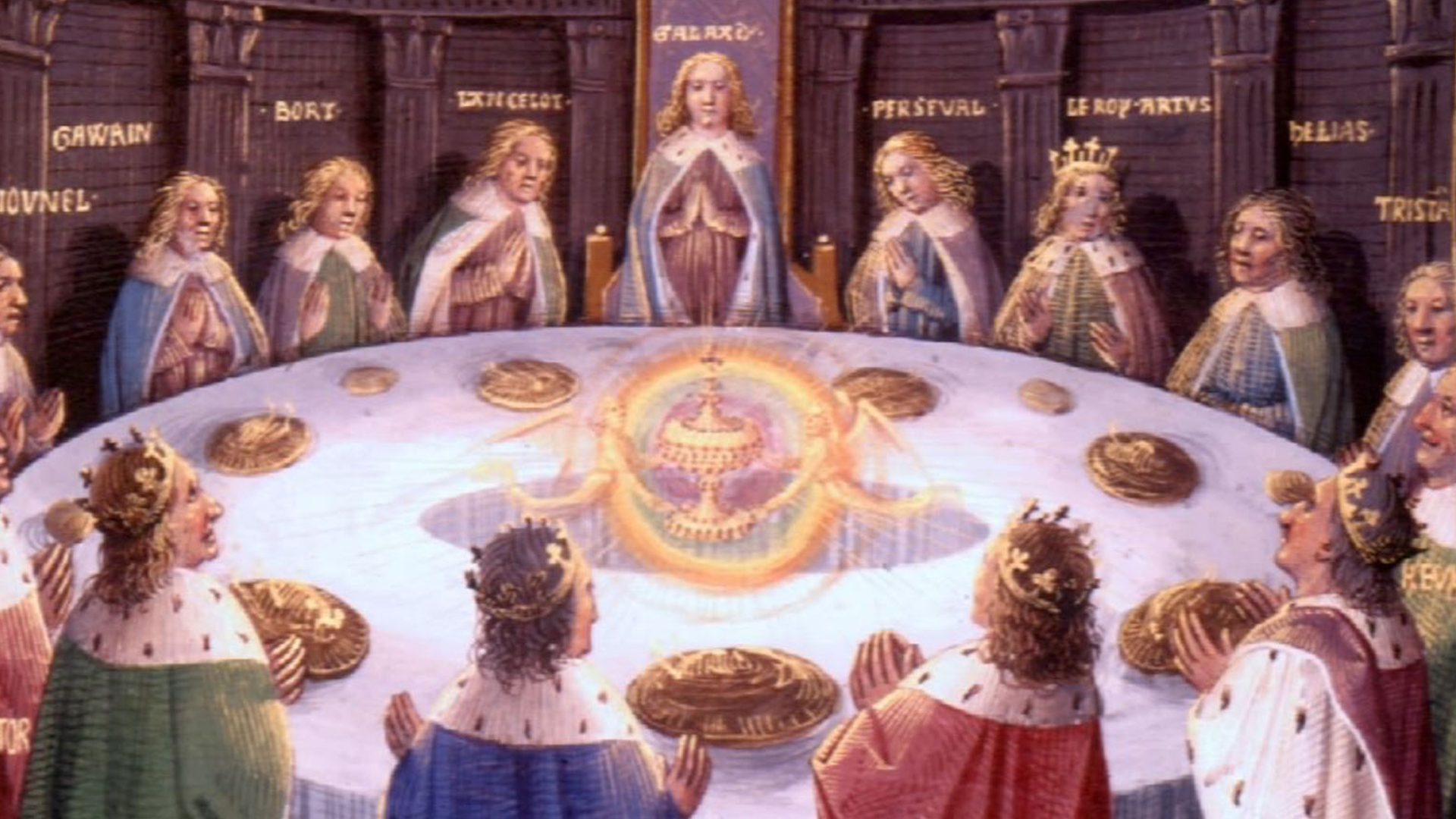 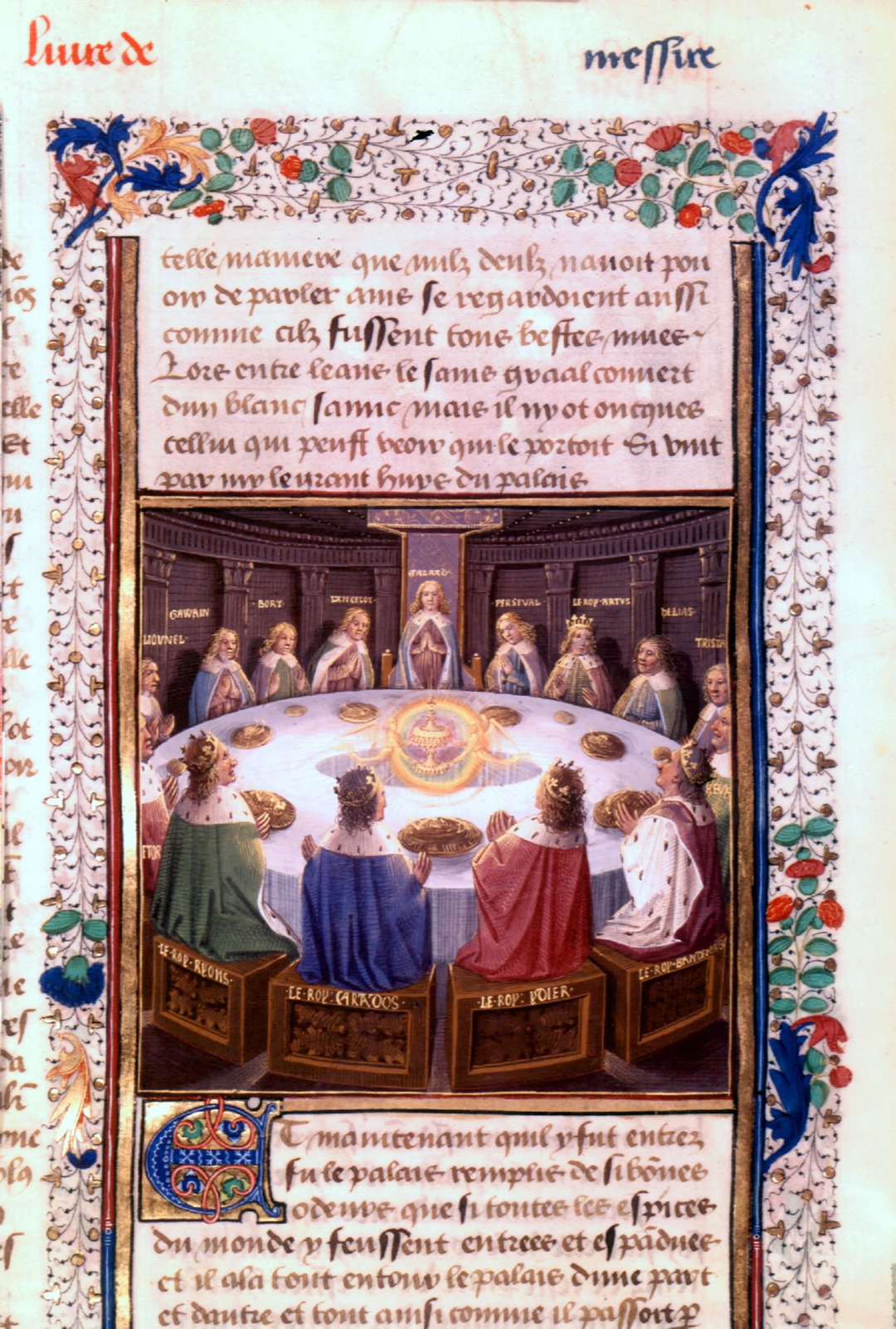 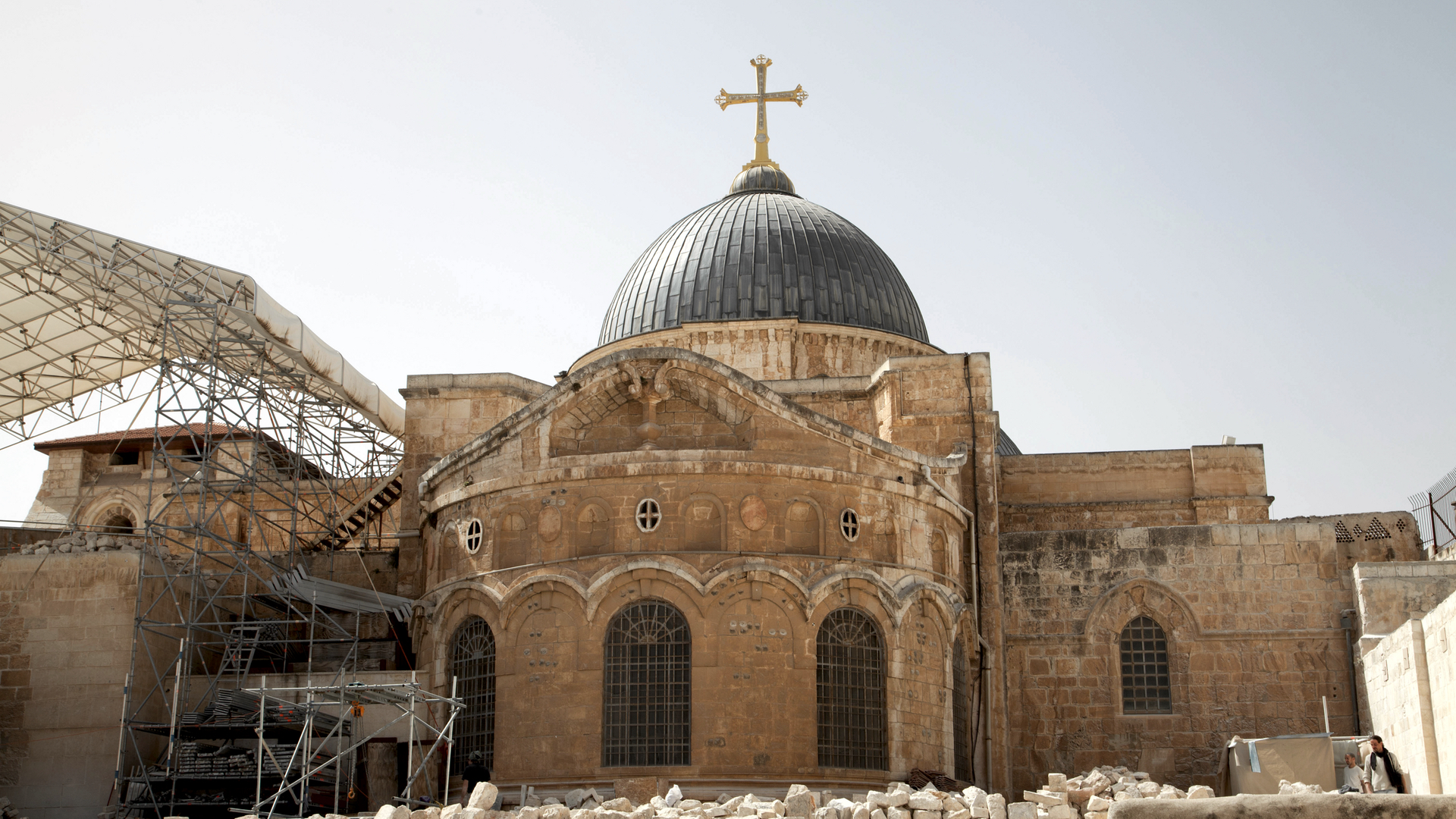 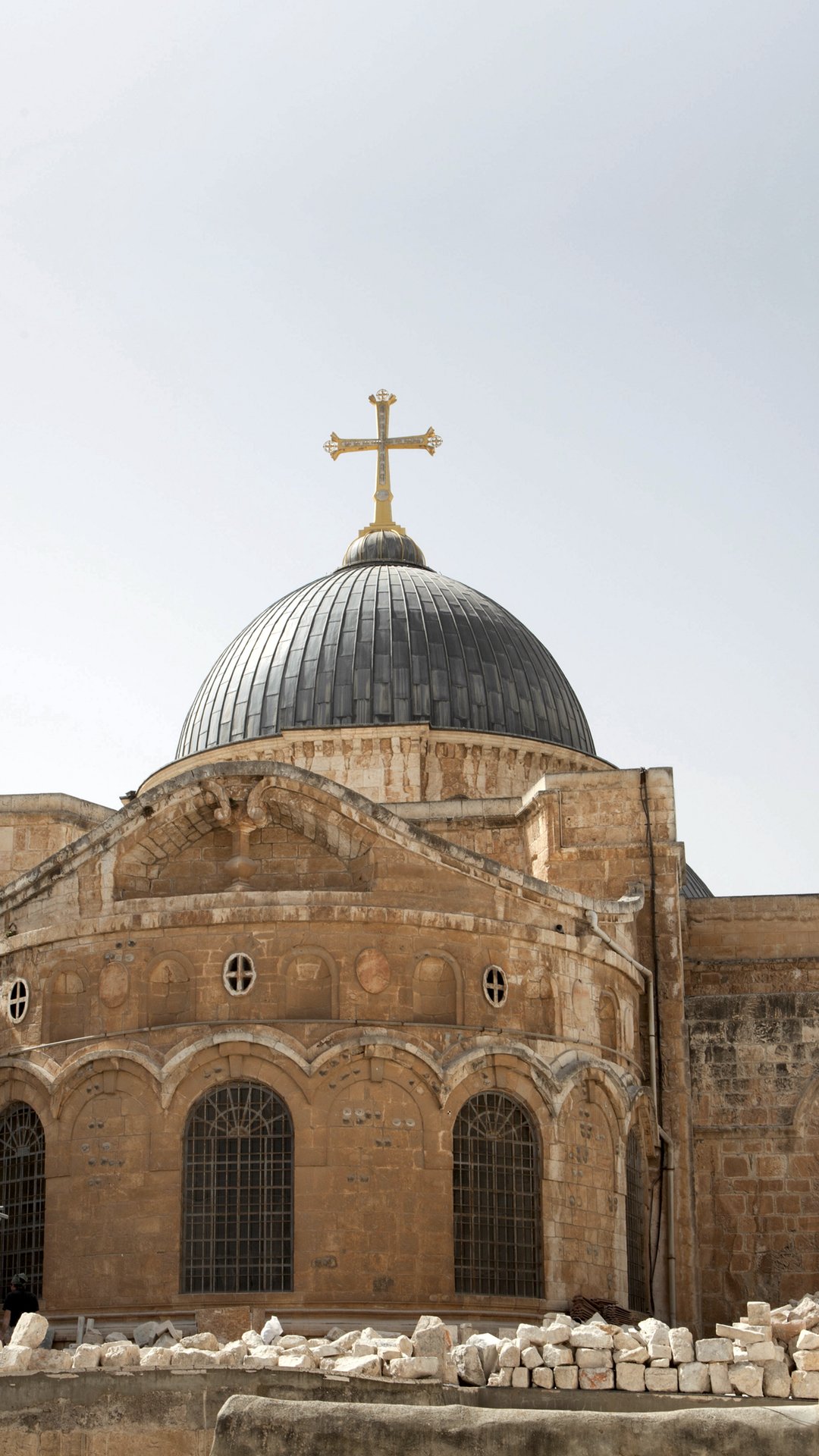