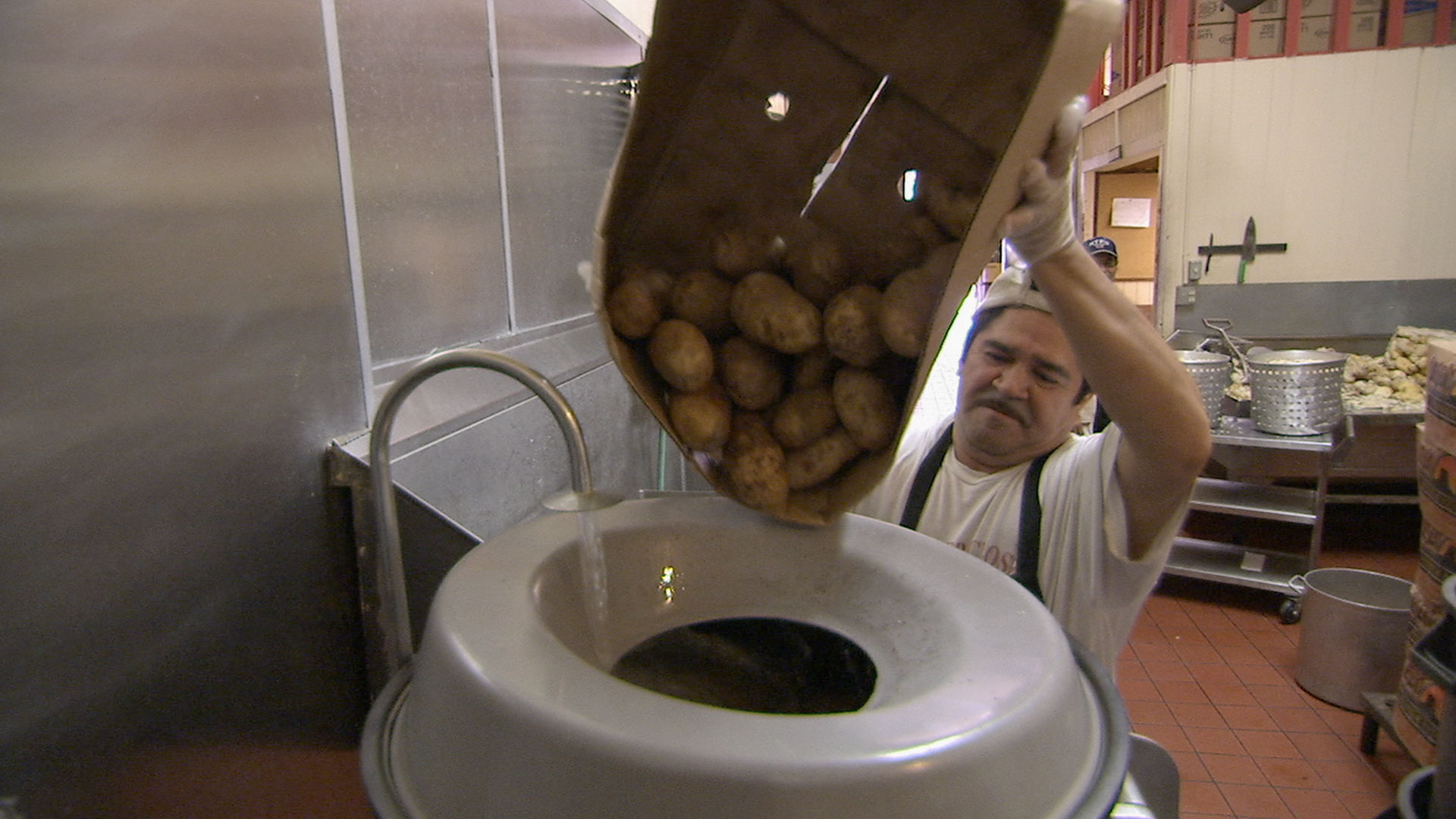 It is among the most versatile, nutritious, and varied foodstuffs in the world. The Potato is the ultimate comfort food. We’ll travel from the Potato’s mysterious origins in the South American Andes to the ethnic enclaves of New York’s lower Eastside, for some tasty Potato Knishes. In Northern Maine we’ll discover a farmer of exotic potatoes: blue, green, pink, and dark purple varieties. We’ll reveal how large-scale potato producers in Idaho and Pennsylvania slice, dice, freeze, and dehydrate millions of pounds of spuds annually. We’ll learn how to mass produce Tater tots and Kettle Potato Chips. Potato Vodka now scores near perfection in international tasting competitions–and we’ll visit a Maine distillery at the top of their game. Finally, we’ll pay tribute to the iconic Mr. Potato Head, now celebrating its 50th Anniversary, then round out the show with an explosive visit to the makers of some of the world’s most sophisticated Spud Guns.