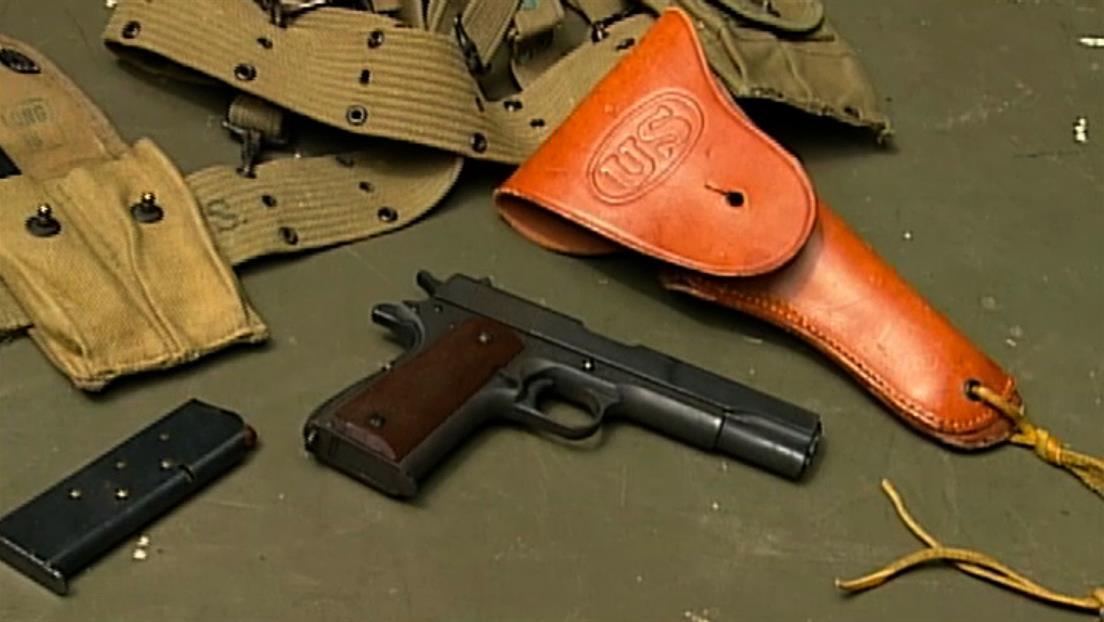 In a Mail Call video, R. Lee Ermey answers a question from Carson a nine-year old boy from Colorado who asks when the Colt 45 started its service in the United States military and when it ended its career. The Colt 45 was invented by gun designer John Browning and made by the Colt firearm company and is one of the most famous military handguns of all time. The M-1911 had its official birthday on 1911 when the government was looking for a reliable man-stopper to replace the wimpy 38 caliber pistols that were in service. The Colt 45 became the weapon of choice for the U.S. Army, Navy, and the Marine Corps. In 1924, the 1911 was modified slightly and re-designated the 1911-A1. In 1983, the 45 automatic was retired after 72 years of loyal service.