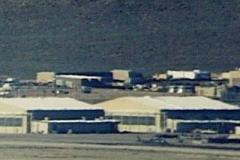 In this History's Mysteries video clip - Area 51: A brief look at Area 51 and the mysteries behind it. Born during the Cold War, Area 51 in Nevada, also known as Groom Lake or Dreamland, became not only the Air Force's most strategic test site, but also a symbol of everything that was sneaky about the U.S. military-industrial-intelligence complex. In recent years, UFO investigators claimed that the top-secret planes tested there were built with technology gleaned from captured alien aircraft. We uncover the secrets of the cryptic desert facility and look into mysterious deaths of base workers.