April Wilkerson is a maker, a DIYer, a woodworker and a metalworker. But regardless of the label, she makes stuff that she wants or needs instead of buying it or hiring it out. When she started a blog in February of 2013, she’d never used a power tool before. When April couldn’t afford to buy the things she wanted for around the house, she decided to try her hand at making them and dove head first into building. She started putting together written tutorials on her website so that she could pass along information to anybody who needed help. One thing led to another and a year later, she started making video tutorials as well! April put together free tutorials on anything and everything she did. She still builds all the things she wants or needs in her life, but April brings a camera along because sharing knowledge has become just as big of an obsession as doing the actual projects. 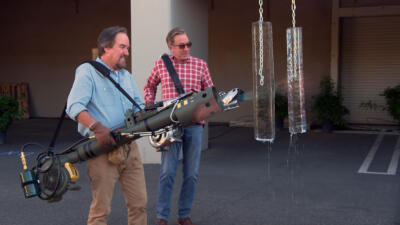 S 1 E 1 Bring the Heat
See All
By submitting your information, you agree to receive emails from HISTORY and A+E Networks. You can opt out at any time. More details:

The Food That Built America 7 Episodes

The Curse of Oak Island 3 Episodes